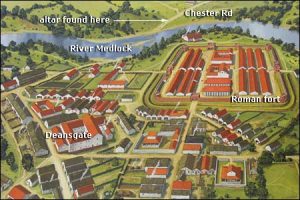 Mamucium (from the Latin ‘breast-like hill’) was originally a timber fort built in 73ad on the banks of the river Medlock at the intersection between the Medlock and Irwell. It was occupied until c90AD. Mamucium was a strategic outpost, defending the Roman occupiers (under the governance of Agricola c79AD) against the many British tribes, for example, the Brigantes in the north. The fort was sited in the Castlefield/S Deansgate area, an important intersection of Roman roads, (now) Chester Road leading to Chester (Deva), York (Eboracum) and Hadrian’s Wall. Mamucium under Roman occupation was very cosmopolitan, the army comprising soldiers from across Europe and the Middle East. Many appear to have stayed on when the Romans departed.

Extensive building during Industrial Revolution destroyed much archaeology, but some remains of the later, larger stone fort built c160AD that remained until the Romans left Britain in c400AD can still be seen today. Additionally, two Roman altars have been discovered. One, found near the Medlock in 2008 refers to the mother goddesses Henaneftis and Ollototis, from Celtic tribes in Rhineland, Germany. 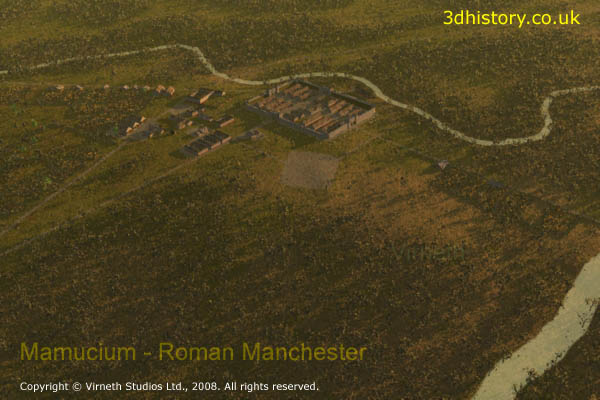 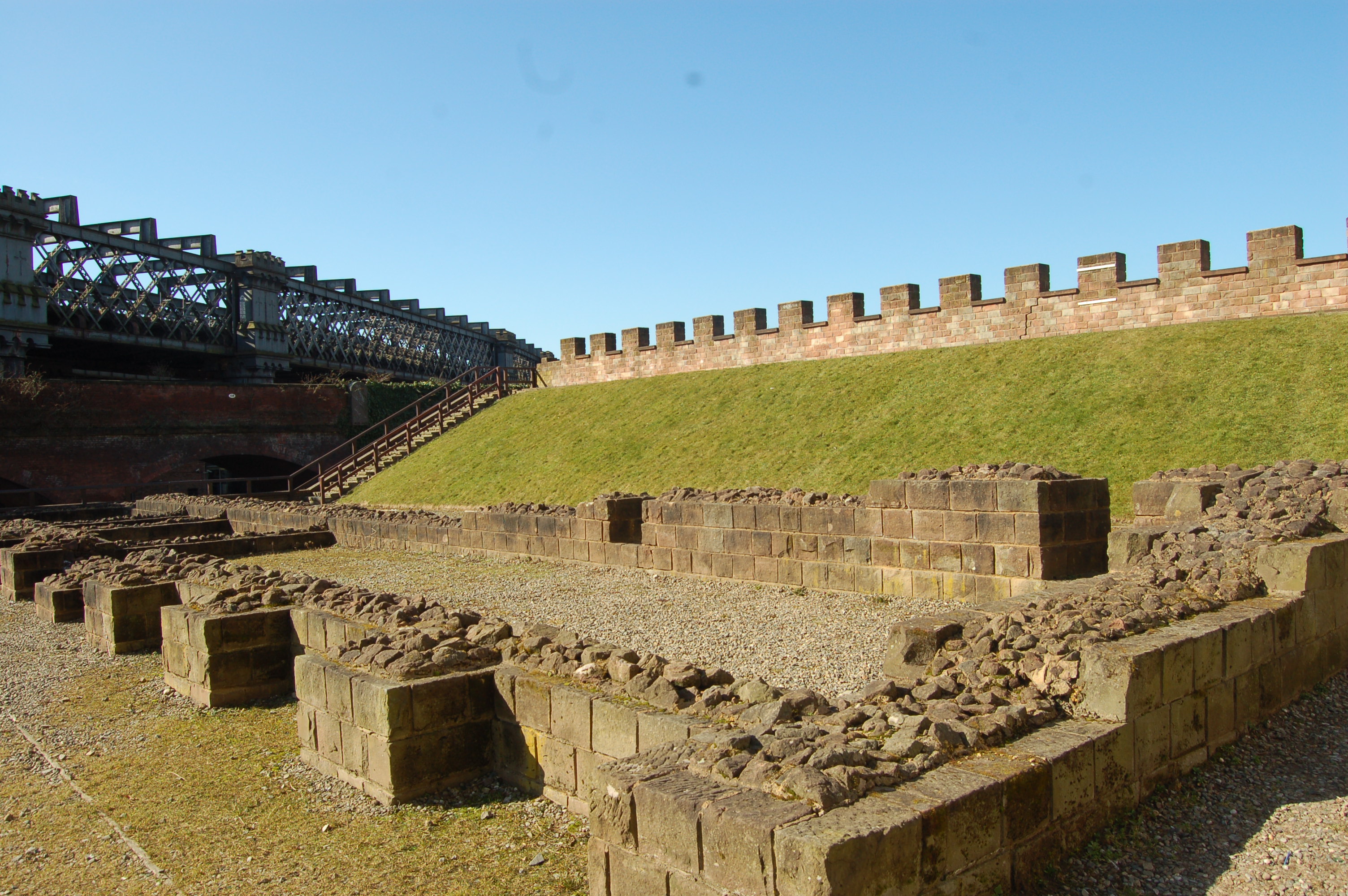 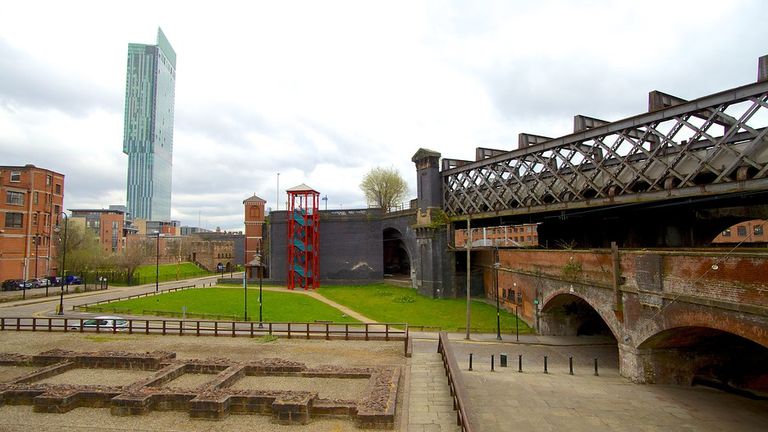 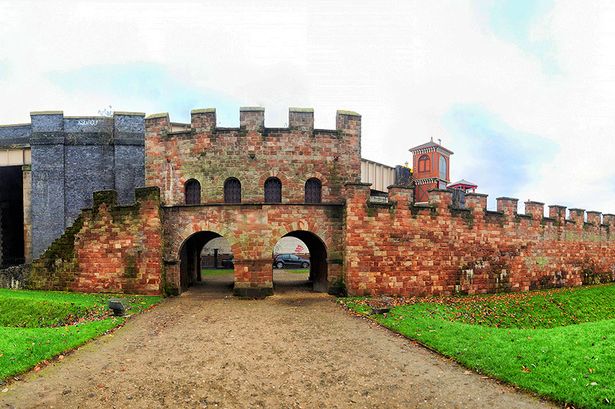 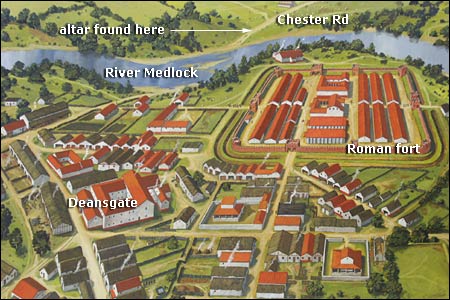 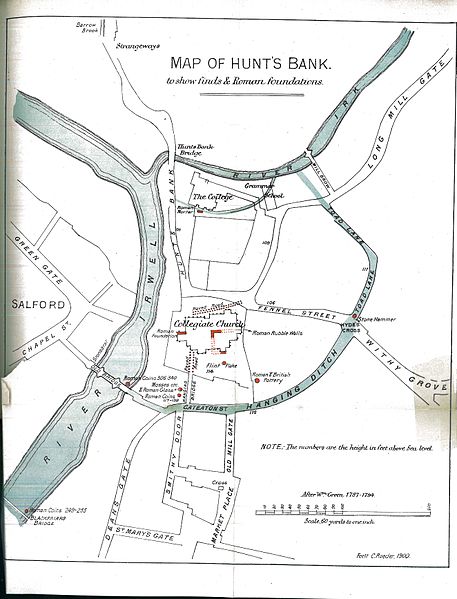 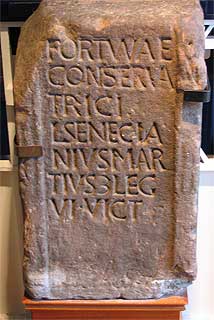 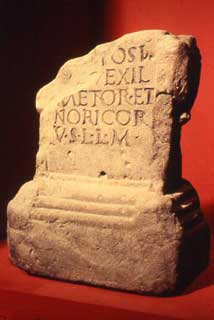