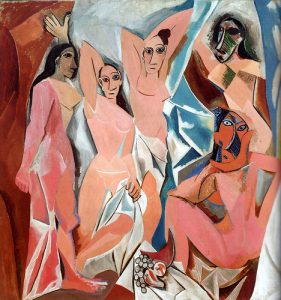 Picasso – Les demoiselles d’Avignon.
‘African (or black) period’. Inspired by African statues at Trocadero museum (or possibly by statue shown to him by Matisse). Angular poses, bold colours, figures have features in style and poses similar to African masks. 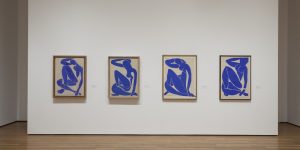 Matisse – Blue nudes (1952) inspired by his collection of African sculptures 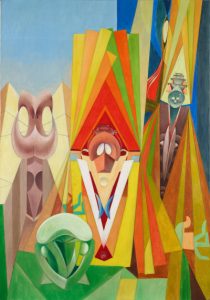 Max Ernst – The Feast of the Gods – 1948 (above)
Bold use of colour, geometric, angular shapes, features reminiscent of African tribal masks. 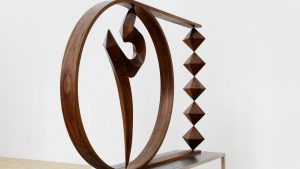 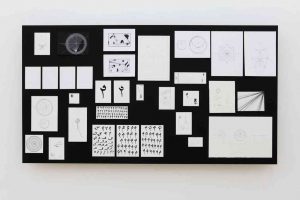 Inspired by Ibn Muqla’s search for 4 letters believed to be missing from the Arabic alphabet. Muqla was punished for defiling the Arabic language used for the Quran. Nasseri took his inspiration from the constellations, retro-engineering the position of the stars in 934ad, the time Muqla was the official state calligrapher.

Muqarna – carvings made above Persian doors 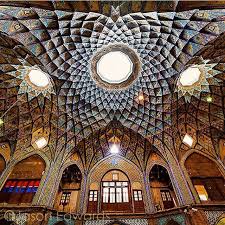 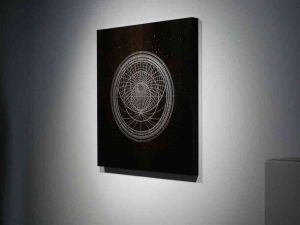 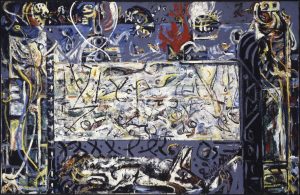 Jackson Pollock – Guardians of the Secret (1943)