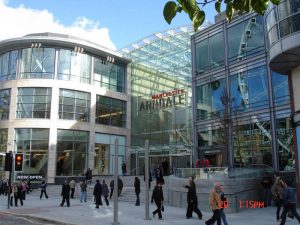 Loved and hated in equal measure the Manchester Arndale Centre (‘the Arndale’ or ‘Manchester Arndale’) was one of a number of shopping centres built in the UK by the Arndale Property Trust. Set up in the 1950s, the trust (the name originates from founders Arnold Hagenbach and Sam Chippindale) built shopping complexes of varying sizes, Manchester being (eventually) the largest. 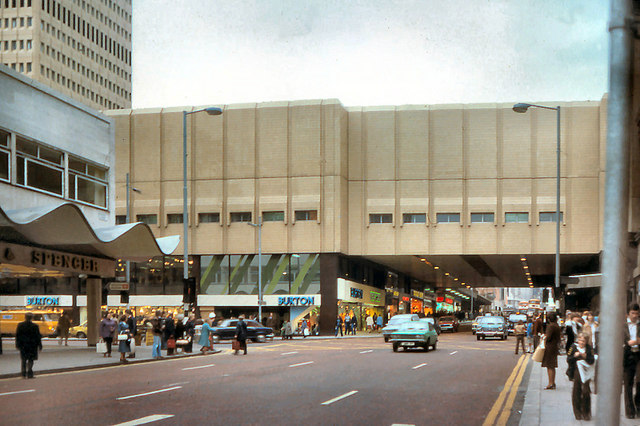 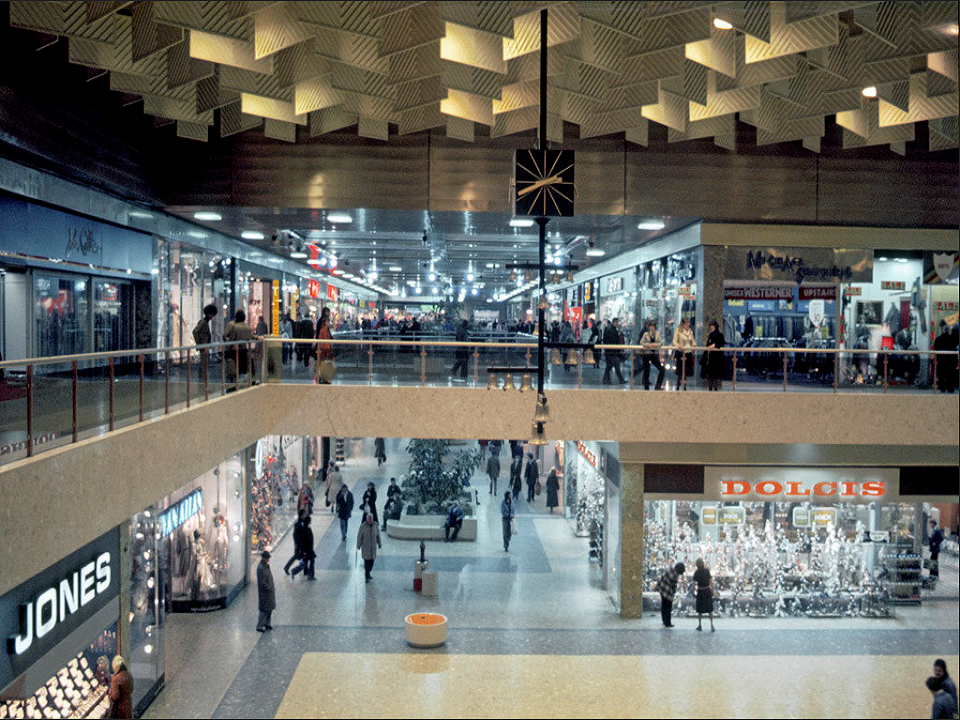 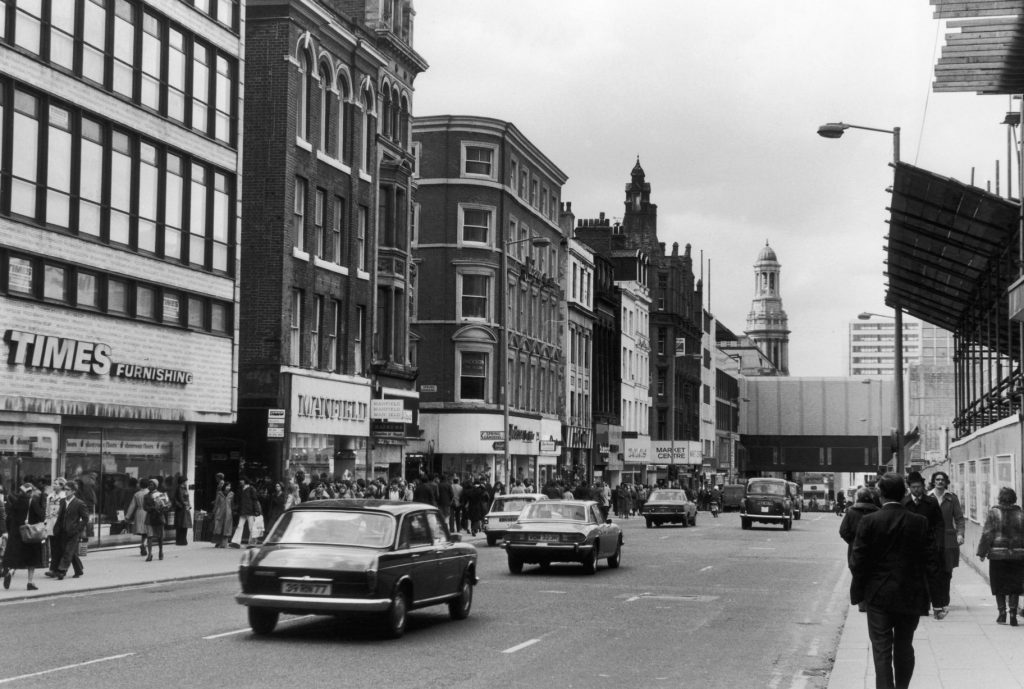 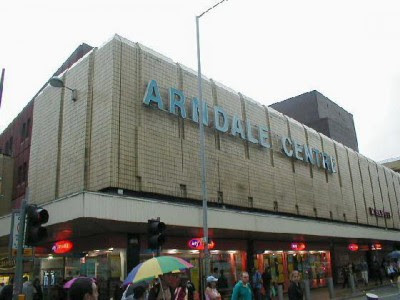 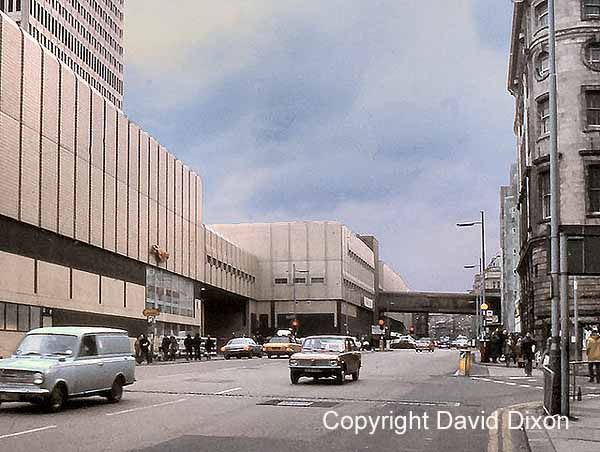 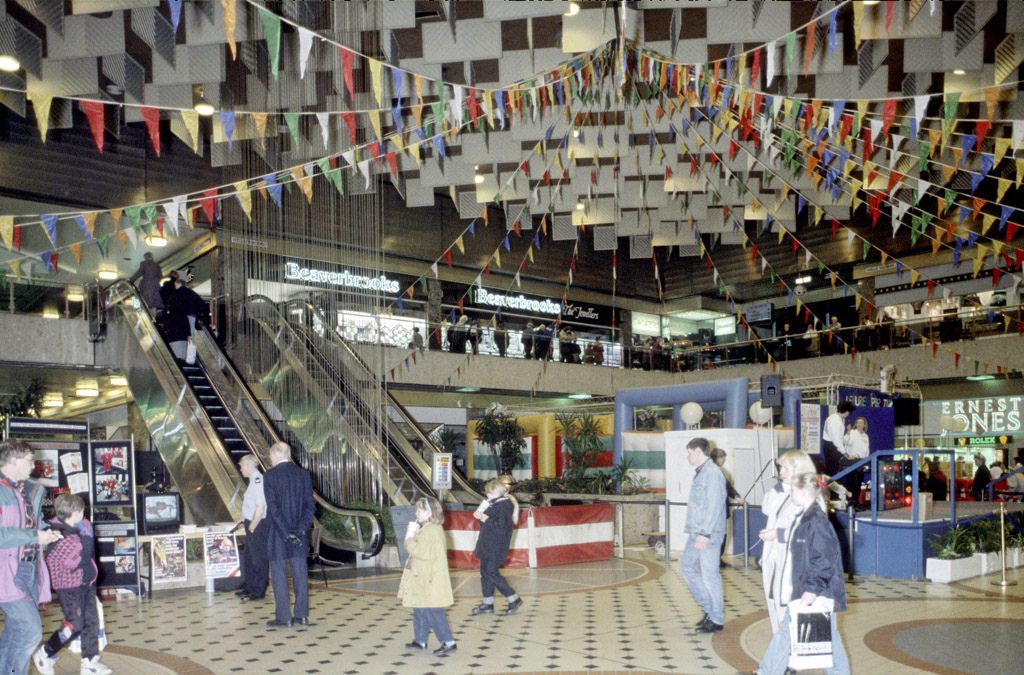 Its detractors cited, among other things, the lack of external-facing shopfronts or windows, the excessive size and the impact on the city centre. The Guardian described it in 1978 as “so castle-like in its outer strength that any passing medieval army would automatically besiege it rather than shop in it …”. Even its proponent, Dame Kathleen Ollerenshaw, Mayor of Manchester said “I didn’t think it would look like that when I saw the balsa wood models”.

Perhaps significantly the architects, Hugh Wilson and Lewis Womersley were also responsible for the notorious Hulme Crescents (lauded when built as the prototype for ‘housing in the sky’, quickly becoming unsafe, unsanitary and unfit for human occupation, eventually being demolished just 21 years after their construction). Small wonder then that the Manchester Arndale drew such strong opinions. Even they distanced themselves from the development, stating “We’re not responsible for everything in there, but we’re not sorry about the decisions we took as opposed to those which were forced upon us.”

The Centre drew fierce criticism from far and wide, being described as ‘one of Europe’s ugliest shopping centres’, ‘the epitome of lousy modern architecture’, ‘outstandingly ugly’. The solid stretches of cast concrete and swathes of tiles in buff, browns and yellows ‘(bile and vomit-coloured’) caused it to be referred to as ‘the longest lavatory wall in Europe’.

As a shopping environment the Arndale had many dead ends, a confusing layout, bland decor and a claustrophobic atmosphere. 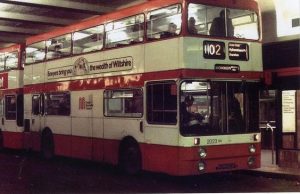 Access to the large interchange bus station (Cannon Street) should have been a positive, however, it was dark, poorly signposted, dirty and the pollution from the bus engines made it an unpleasant place to be. It did not feel safe even during the daytime and certainly not welcoming. The markets on two floors housed butchers and the fish markets so did not smell particularly appealing.

On the positive side, Fully let and generating significant rents at its peak, the owners (by this time P&O), were very satisfied with its success. It drew huge numbers of visitors so clearly held attractions for shoppers. In its favour no doubt was the ability to shop indoors, shielded from the elements. No small matter in Manchester! 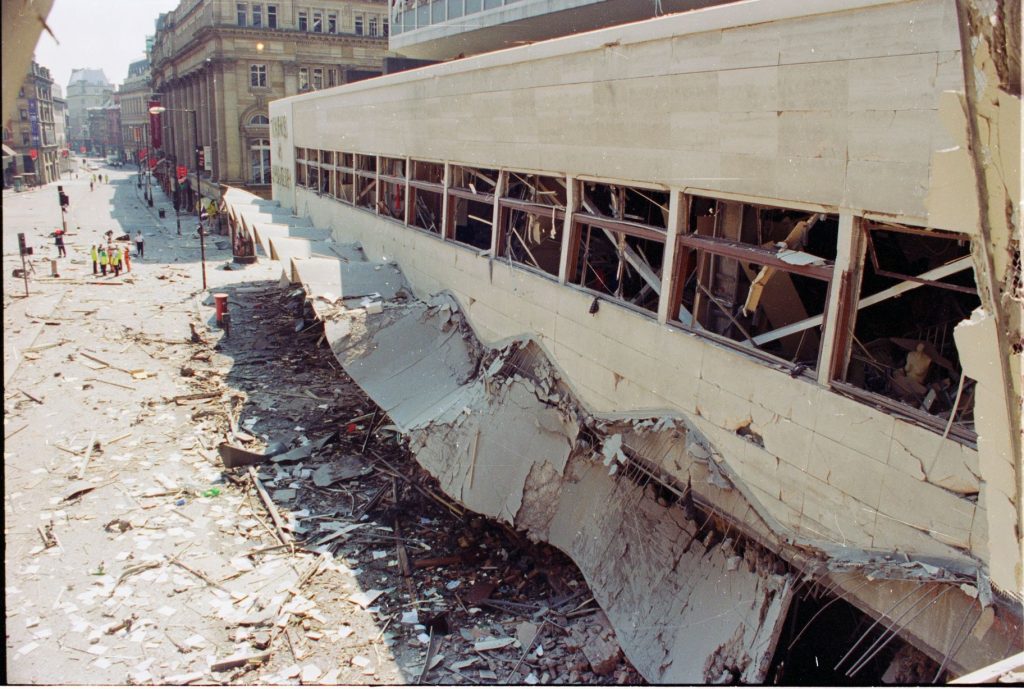 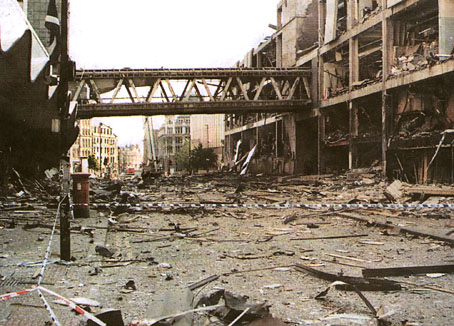 A bomb planted by the provisional IRA in 1996 significantly damaged the lower part of the Centre. Somewhat perversely this gave rise to a huge redevelopment that saw considerable improvements. 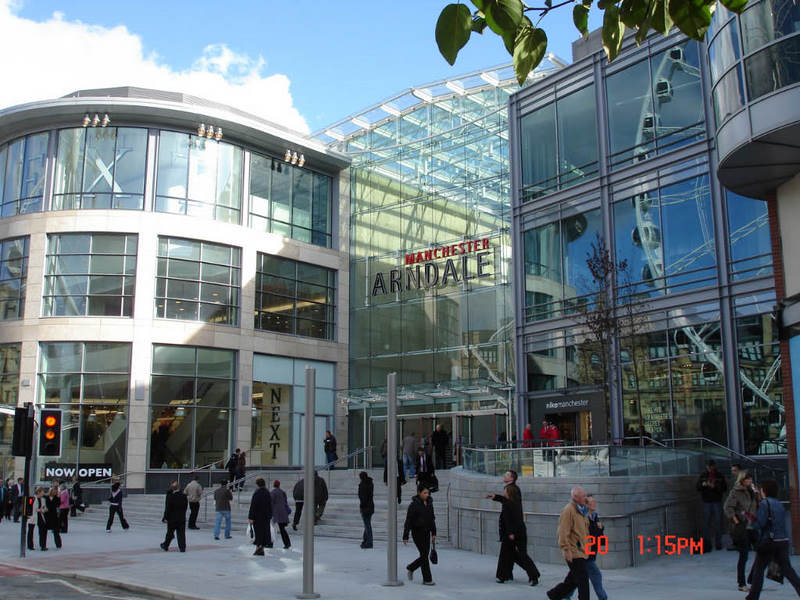 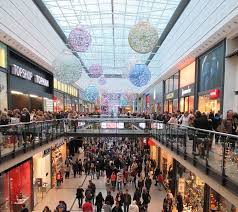 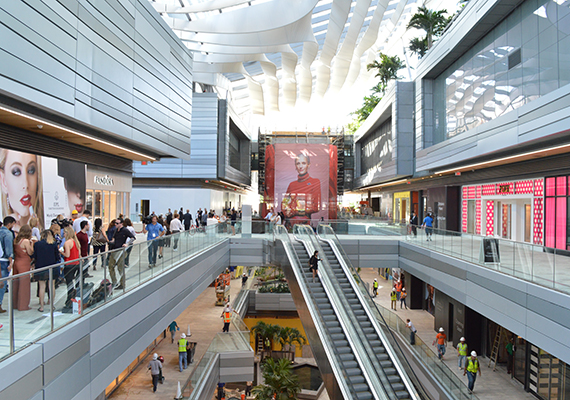 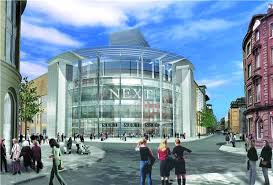 The addition of larger stores with better lighting, a complete ‘ring road’ style circuit eliminating dead ends and the closure of the bus station created a much improved shopping experience. That the Arndale has to compete with the Trafford Centre with its free parking and easy motorway access no doubt keeps the owners on their toes. Although it retains some of its vomit-coloured tiles, the current Centre does present a less lavatorial or fortress-like appearance from most sides. The Shudehill-facing aspect still feels somewhat bleak and less safe but this is broken up by new bars, the Printworks and the nearby Football Museum with its open grass space and access to the Triangle.

Overall, not my favourite place to visit in the City Centre. There is a lack of independent shops, the precinct areas feel enclosed and rather unpleasant, particularly at night when there is no through traffic. The circular construction is an improvement on the single long corridor style of the Trafford Centre but it feels somehow more congested and less pleasant. However, like the inside of the Trafford Centre the Arndale is clean and well-kept and there aren’t any pigeons inside!