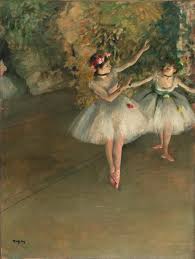 This has been my favourite period of art thus far and I have a keen interest in the history of the Industrial Revolution so my main challenge was in keeping the focus on the art itself and not becoming too involved in the historical aspects of the pieces.

As it has proven difficult to obtain the recommended physical textbooks without access to a university/academic library, I have tried to read around extensively online as well as using the set text.

Demonstration of critical and evaluation skills

I am not certain that in exercise three (the 500-word analysis) it was envisaged that pictures from the same artist would be chosen. However, I had never encountered Kennington before and was very interested to note the wide-ranging genres in which he worked and also the variations in style used. I felt that the two pictures I selected provided a strong contrast between rich and poor in the 19th century. It was particularly interesting to see these contrasts being expressed by one artist. It would have been good to have been able to explore this further as his work covers further genres such as portraiture which bring even more aspects of wealthy Victorian life into play.

Due to time constraints I have not had the opportunity to incorporate tutor feedback from assignment three as yet. However, I will take this into account and re-work/enlarge on such areas as may be identified once I have considered the tutor’s comments in more detail.