‘Neoclassical architecture is an architectural style produced by the neoclassical movement that began in the mid-18th century. In its purest form, it is a style principally derived from the architecture of classical antiquity, the Vitruvian principles, and the work of the Italian architect Andrea Palladio.’ (Wikipedia)

Flourished 1750-1830 but as early as the 1680s the French architect Claude Perrault rejected Renaissance concept of the absolute right of the orders as having no basis in absolute truth. They were rather the result of fancy. The consequent attempt to discover a new basis for architectural reality took many forms, from archaeology to theory, essentially representing a new taste for Classical serenity and archaeologically correct forms.

Neo-classical architecture characterized by strict geometric organization and simplicity of geometric forms. Use of Greek or Roman detailing. Dramatic use of columns, especially to create interior spaces; a preference for blank walls and the contrast of formal volumes and textures. 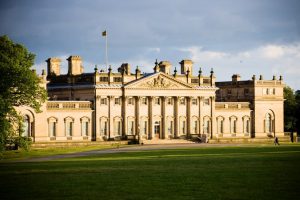 ‘I would not exceed the limits of expense that I have always set myself. Let us do everything properly and well, mais pas trop.’ Edwin Lascelles to Robert Adam.

Built for Edwin Lascelles, 1st Baron of Harewood. Wealth derived from father exploiting his position as Barbadian Customs official and latterly via plantation ownership/slavery in the colonies between 1759-1771. Links to slavery do somewhat taint splendour and beauty of house and grounds. Still occupied by the Lascelles family.

Building designed by John Carr (exterior) and Robert Adam (mainly interior, some exterior), furnishings by Thomas Chippendale. Grounds and gardens landscaped by Capability Brown. Local millstone grit used for the house exterior, interior bricks and stucco came from Lascelles lands. Carr created a house composed of a central block joined by single-story links to wings on either side. The front entrance is through a massive pediment supported on 6 Corinthian columns. 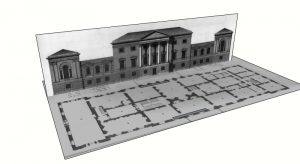 At Harewood, skirtings, dados and cornice mouldings were carefully placed around walls to correspond to the measurements of the vertical intervals of the classical columns, thus the skirting corresponded to the base of the ancient orders, the dado to the pedestal, and the cornice to their entablature.’ (Culture Concept Circle) 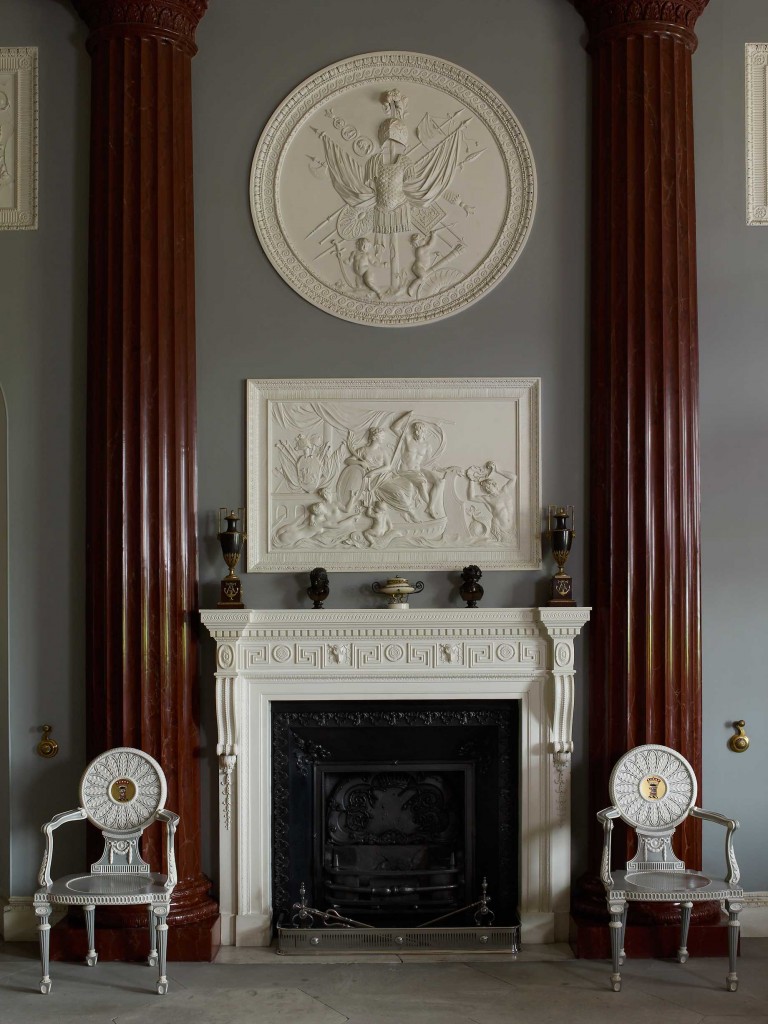 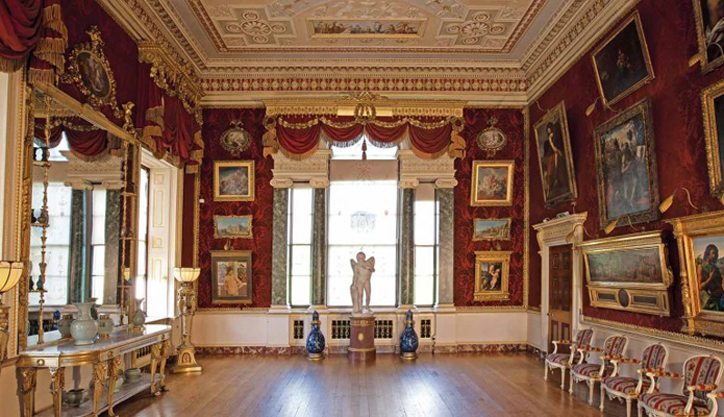 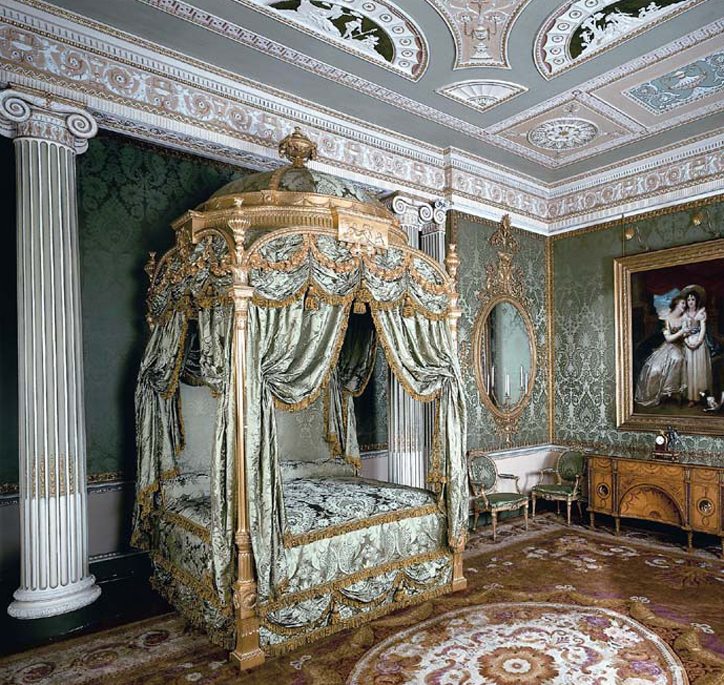 Robert Adam – Inspiration from Palladio
Andrea Palladio, working in Venice in late 1500s, set standard for neo-classical architecture. Based on 1st century Roman architect Vitruvius’ principles of building, his constructions displayed clear use of harmonious ratios and proportions, creating balanced, restful buildings. Adam adopted many of these principles in his designs, ratios being based on the relative proportions of the human body.

Observations
Strong sense of balance and proportion. Extensive use of columns to divide space, carefully divided to give evenly spaced areas. Largely preserved interior magnificent. Harmony of design in mouldings and cornices, use of colour and detailing is stylish – detailed but not ‘fussy’. Restrained and calm despite ornate decoration. Later additions to exterior haven’t disrupted balance to any significant extent and house remains carefully poised and balanced throughout.