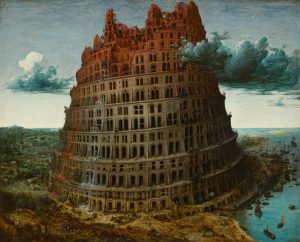 Reform and early sixteenth-century art in the north

The high renaissance in Italy

Initially made small-scale ‘samples’ from wax  or clay, then onto marble. Latterly worked full-size (to be adopted throughout Europe) assistants roughing out shape before artist finishing. c 1512 returns to Florence with Medici, 1534 following Medici being deposed by Florence, back to Rome. Last Judgement epitomises return to piety, zealous religious reform. Christ raises up the blessed, casts down the damned.

Influenced by style of Giorgione, mastered art of oil on canvas. One of greatest, most influential artists. Vigorous brush-strokes, thick layers, glazes. Unlike Michelangelo, Raphael independent, free to choose work. Pose of Venus of Urbino ‘borrowed and adapted’ from Giorgione’s Venus in a Landscape. Not goddess-like, poss just a self-assured naked woman. Mastery of oils, use of fingers to add shape, tone and texture; captured passion, strong use of colour. (p489-92)

Sansovino, Palladio and the Laws of Harmony

Used both positively and negatively; combination of style, attitude, traits. Could be affectation or stylistic.