Assignment Three – Create a version of a Dutch still life 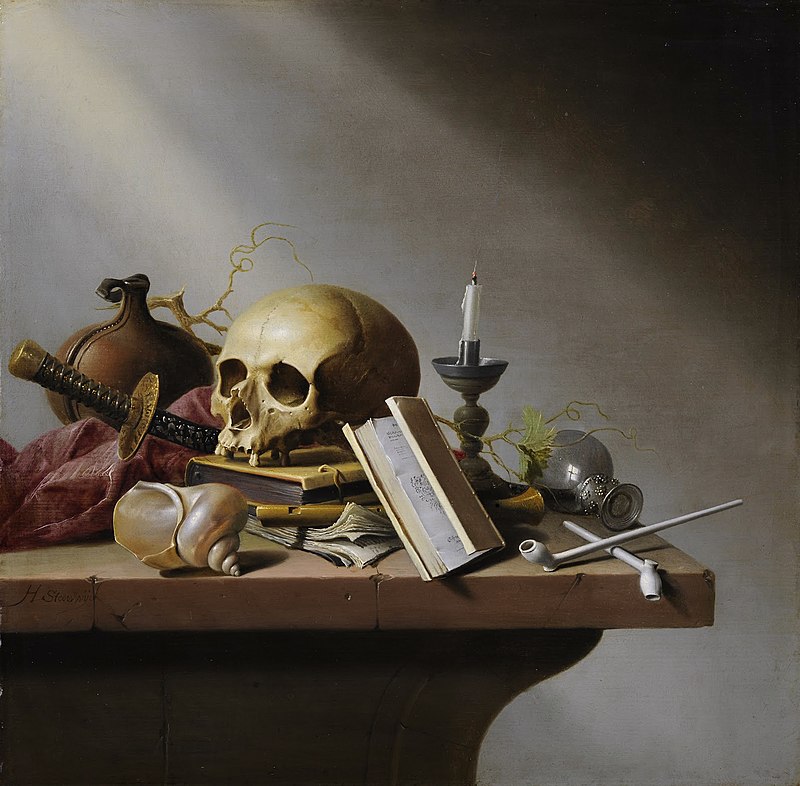 Tate gallery: ‘A still life artwork which includes various symbolic objects designed to remind the viewer of their mortality and of the worthlessness of worldly goods and pleasures’.

‘Vanitas paintings were popular in countries with strict Protestant and Catholic Christian principles such as Holland and Spain. They were purchased by the rich who possessed a conscience about the wealth they had accumulated. However the genre had an in-built contradiction in the irony that the paintings were also valuable and collectible commodities and, as such, became ‘Vanitas’ objects themselves.’ (artyfactory)

My versions of the Vanitas theme using traditional symbology: The skull for death, candle for shortness of life, old fruit for decay and brevity of existence, book for knowledge, silk fabric for luxury and trappings of wealth. 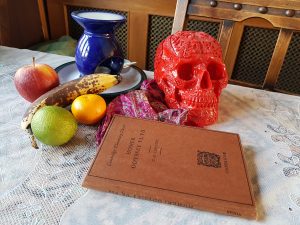 Modern version of Vanitas using 21st century objects: Chocolate for luxury, CD for earthly pleasures of music, fiction novel for knowledge, skipping rope and medication for health and wellbeing/shortness of life, phone for communication and trappings of wealth. 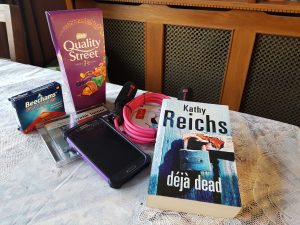